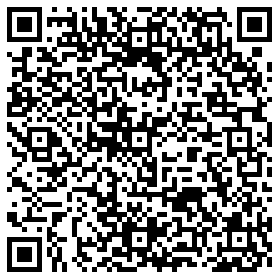 Product Description
Beast Kingdom proudly presents the latest EAA based on the once famous, yet egotistical surgeon turned magical avenger and sole protector of the Time Stone, Doctor Strange. Take flight with the distinct Egg Attack Action styling and use the levitating cloak and 26 points of articulation to soar high in the sky, all the while stocking up on magical weapons including the sacred sword of Vishanti and the Crimson Bands of Cyttorak!
Exclusive to the EAA-072, channel the extra-dimensional energy to multiply the doctor's arms in the Image of Ikonn. Create mystic shields for protection or spells using the included divine medallion: The Eye of Agamotto. With a host of new accessories, the Doctor Strange action figure offers collectors new and exciting ways to show off the Master of Mystic Arts, so add the this EAA-072 to your Avengers collection now.
Product Features
- 6 inches (15.25cm)
- Made of plastic and die-cast
- A PX Previews exclusive
- 26 points of articulation
- Multiply the doctor's arms in the image of Ikonn
Beast Kingdom's Mini Egg Attack series is proud to present new statuettes featuring characters from the film Avengers: Infinity War, which perfect for display on your office's table!
The statuettes maintain the strong traditions of the Mini Egg Attack series in their small sizes, delicate craftsmanship, and careful painting, making them perfect for collections. Furthermore, the expressions, postures, and styling of each statuette are based on the character's role in the film, such as the villain Thanos's chilling smirk, Doctor Strange levitating in battle, the Iron Man Mark 50 armor soaring through the fly mode, and Iron Spider ready to spring into action. These miniaturized versions of the iconic characters each comes with a realistic-looking base to create a stronger impression.
MEA-003 Avengers : Infinity War Collect all four Now!
2. Doctor Strange, the Sorcerer Supreme (about 13cm)
- Classic characters from Avengers: Infinity War at approximately 3-4 inches tall
- Meticulously designed
- Accurately recreates the expressions and styling of each character
Features
Made of plastic
PX Previews exclusive
Based on the Marvel film Avengers: Infinity War
Figure are non-articulated
Themed bases
Write a review