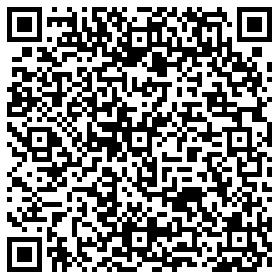 Product Description
The Sentinel of Liberty, Captain America, charges into battle with a little help from Wakanda technology. As the battle with Thanos wages on, we find Steve Rogers, tired, battle weary and with a ragged beard to boot!
Beast Kingdom is proud to present the latest incarnation of The First Avenger, in the midst of the Battle of Wakanda, the frantic fight against world destruction. With intricate paint detailing, a battle worn costume, and a host of extras including a utility belt, Captain America fights on with his vibranium shields given to him by the Wakanda King!
Need to dish out some blows? Cap is ready with an amazing 28 points of articulation, and the double-edged spear taken from Corvus, which is perfect to slice down the hordes of The Black Order creatures seeking to destroy the Avengers! With a strict focus on detail, the EAA-073 is the perfect addition to the growing roster of Earths Mightiest Heroes, so why not re-enact the most famous scenes from the great battle!
Product Features
- 6 inches (15.25cm)
- Made of plastic and die-cast
- A PX Previews exclusive
- 28 Points of articulation
- Shields feature extending action
This is it! Enter the final battle between good and evil!
Bringing fan favorites from the most anticipated superhero movie of the year, Beast Kingdom is proud to present the latest in the range of Mini Egg Attack: MEA-011SP Avengers: Infinity War series. Using the unique and renowned Egg Attack style to characterize the dynamic yet cute appearance of Marvel Superheroes, collectors are able to stylishly decorate their desks with characters that will be remembered for a long time to come.
The mightiest Avenger yet: Captain Marvel, the original Avenger: Captain America and our metallic Avenger:  Ironman Mark 50 are included in the MEA-011SP Avengers: Infinity War collection. Don’t miss your chance to add all these magnificent MEA figures to your collection today!
Designed and Manufactured under license by Beast Kingdom
Marvel Avengers:Endgame Mini Egg Attack Statue series:
Based on the character design from the Marvel Studios’s movie Avengers:Endgame
3-4 inches of action pose designs
Vivid and detailed hand-painted statues
Action poses and special effects for popping effect
Product Material: ABS, PVC
Product Measurements:
Captain America H6.2 x 5.2 x 4.2cm
Write a review