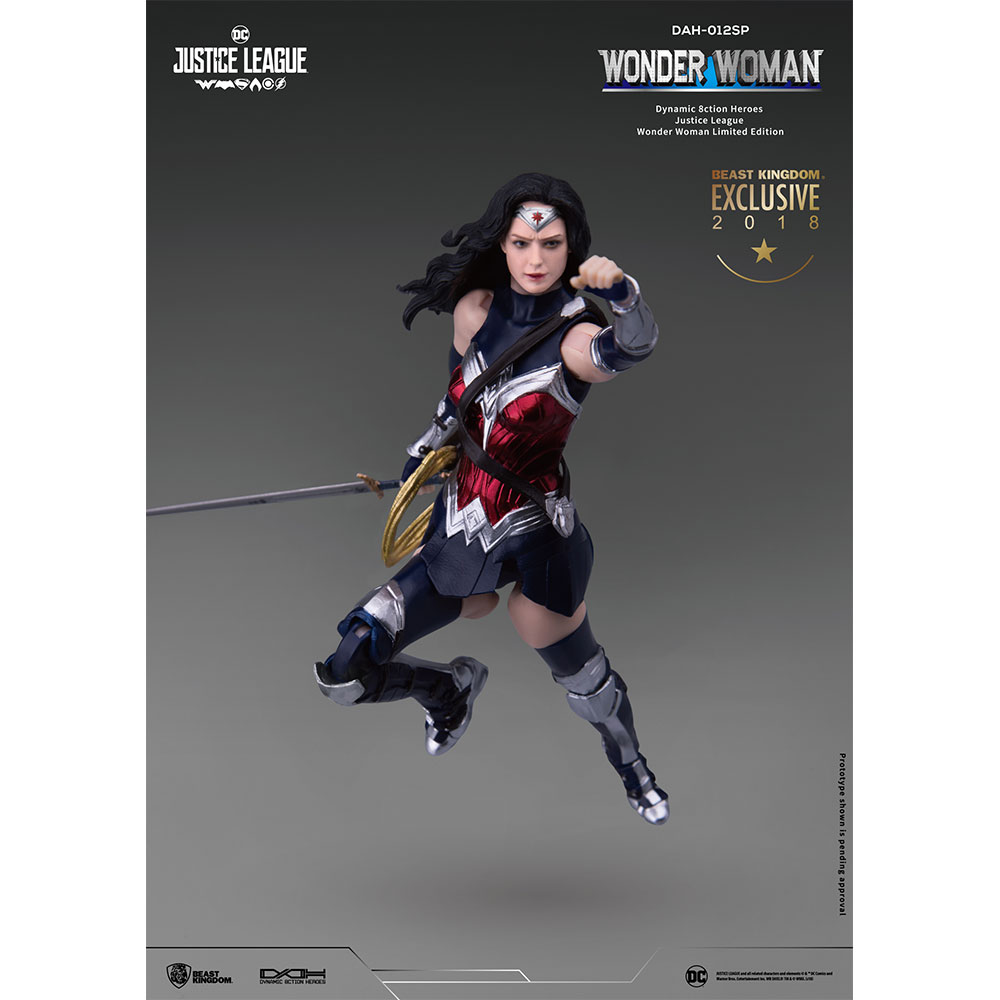 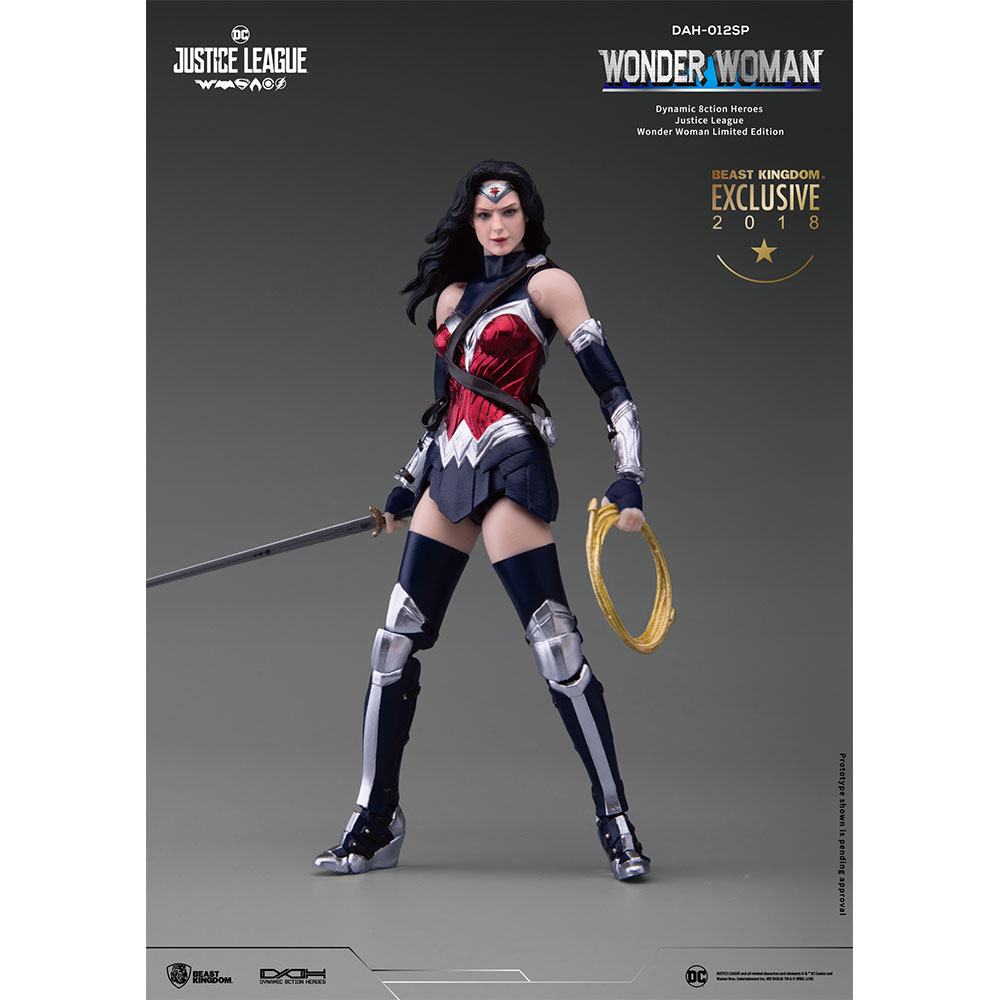 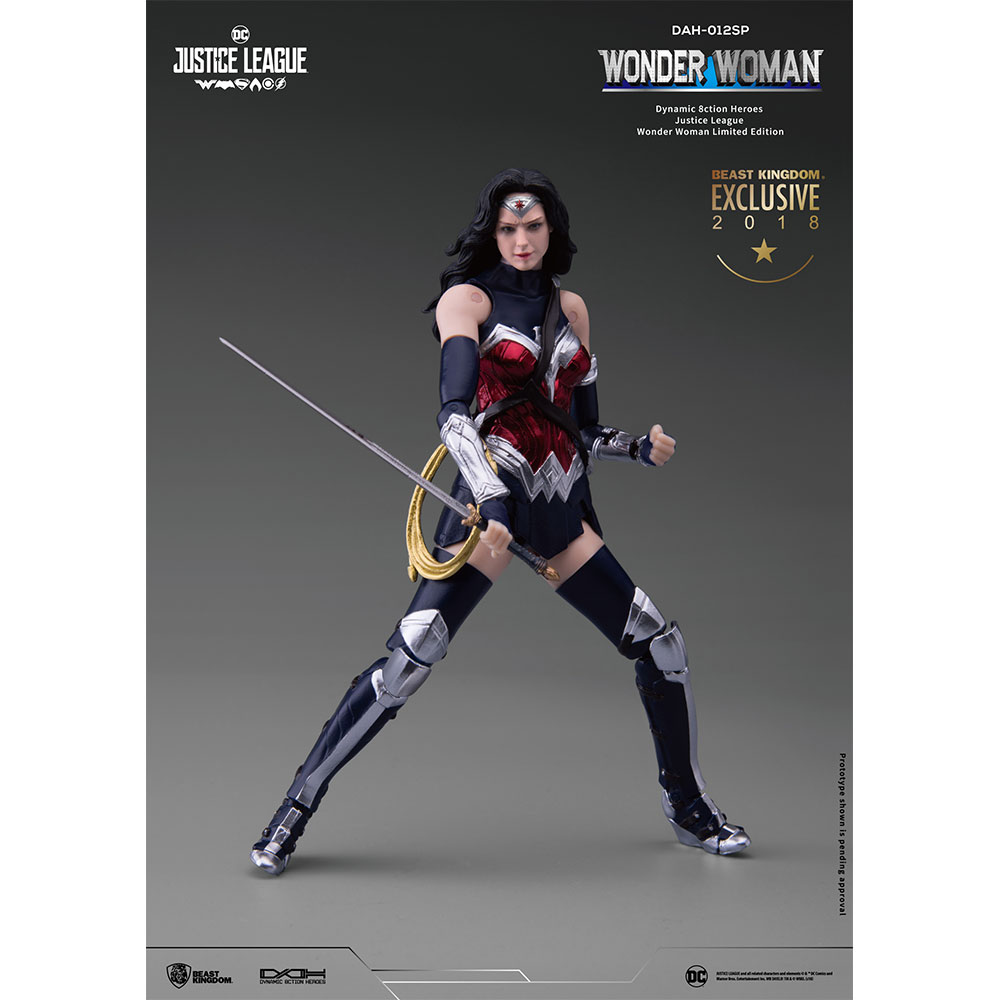 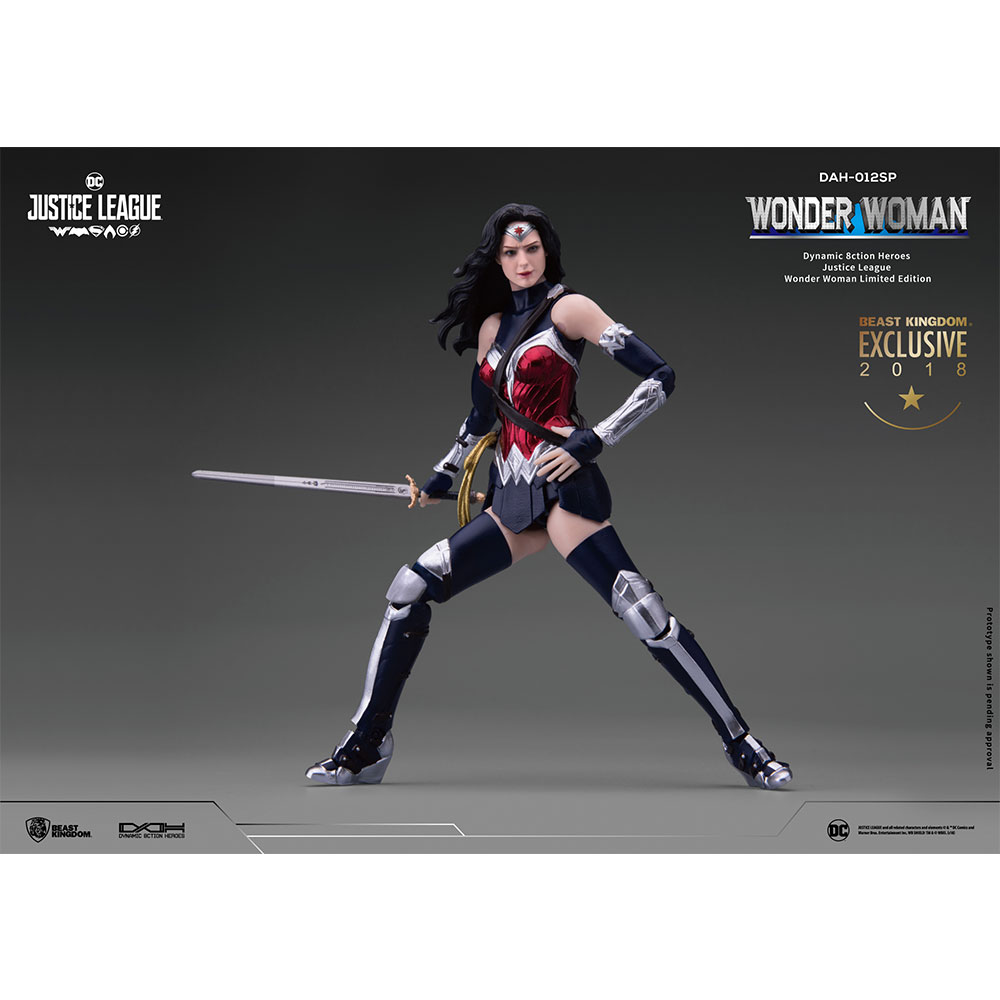 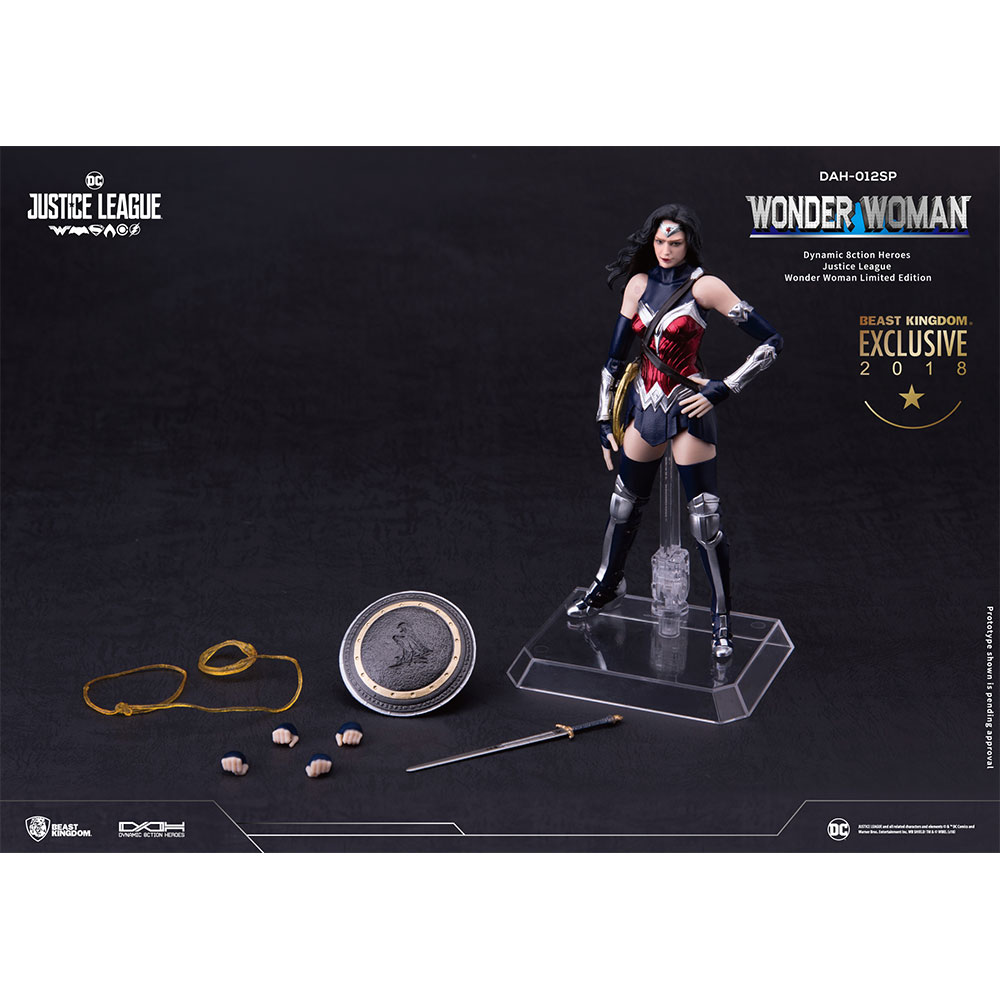 - Body with up to 24 points of articulation

- One (1) Lasso of Truth in the relaxed position

- One (1) Lasso of Truth in attack position

DAH-012SP Justice League Wonder Woman Animated Color Scheme” bases its design on the character’s silhouette from Justice League. Adopting the dark purple/red battledress from the Justice League: War feature film, the figure boasts a goddess-like appearance, and is the ultimate representation of the featured design. The meticulous depiction incorporates a perfect battle-ready body, lean muscles, and a number of battle-ready equipment.

With 24 points of articulation, the Sword of Athena and the specially-textured Wonder Woman Shield, the Amazonian warrior princess is ready for any possibility. Don’t miss your chance to grab this highly detailed action figure, perfect for collectors looking to pose the figure in all manner of classic fighting stances.