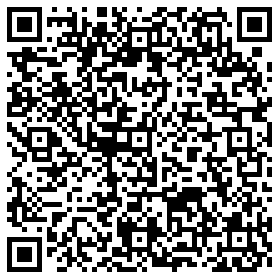 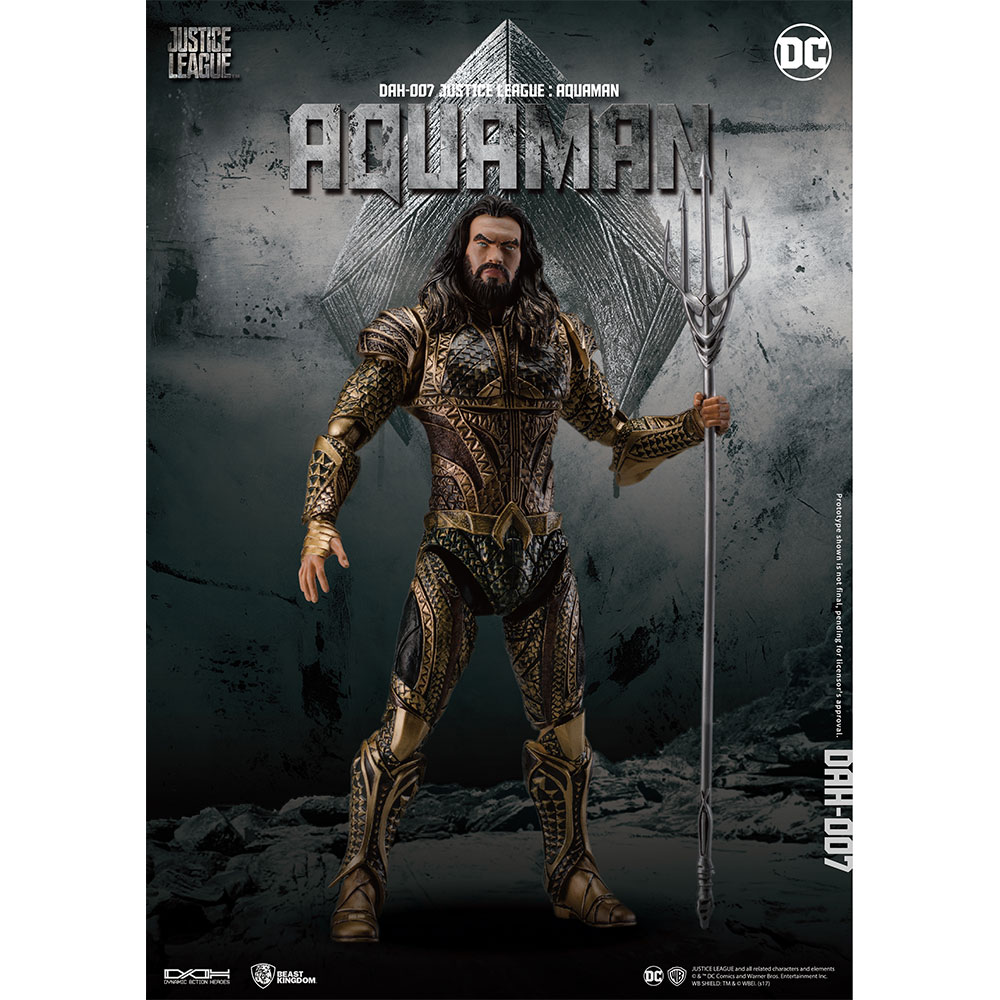 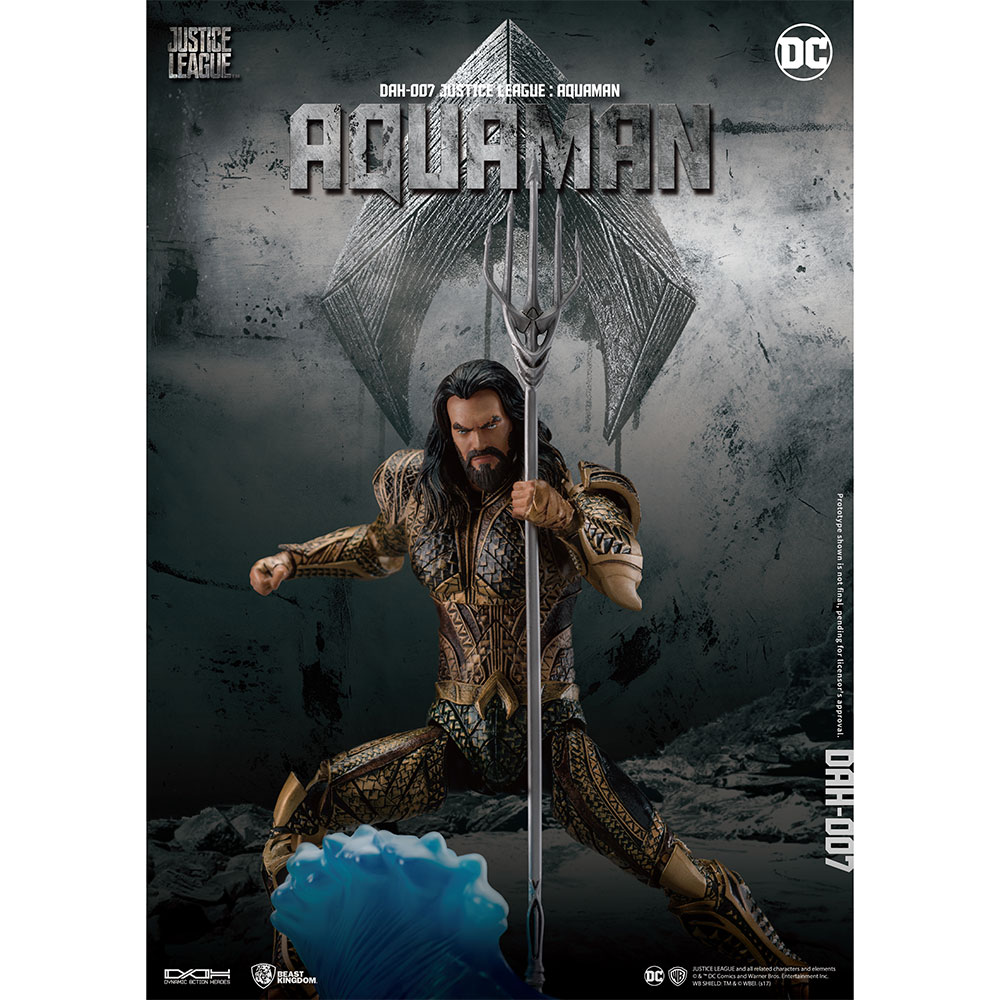 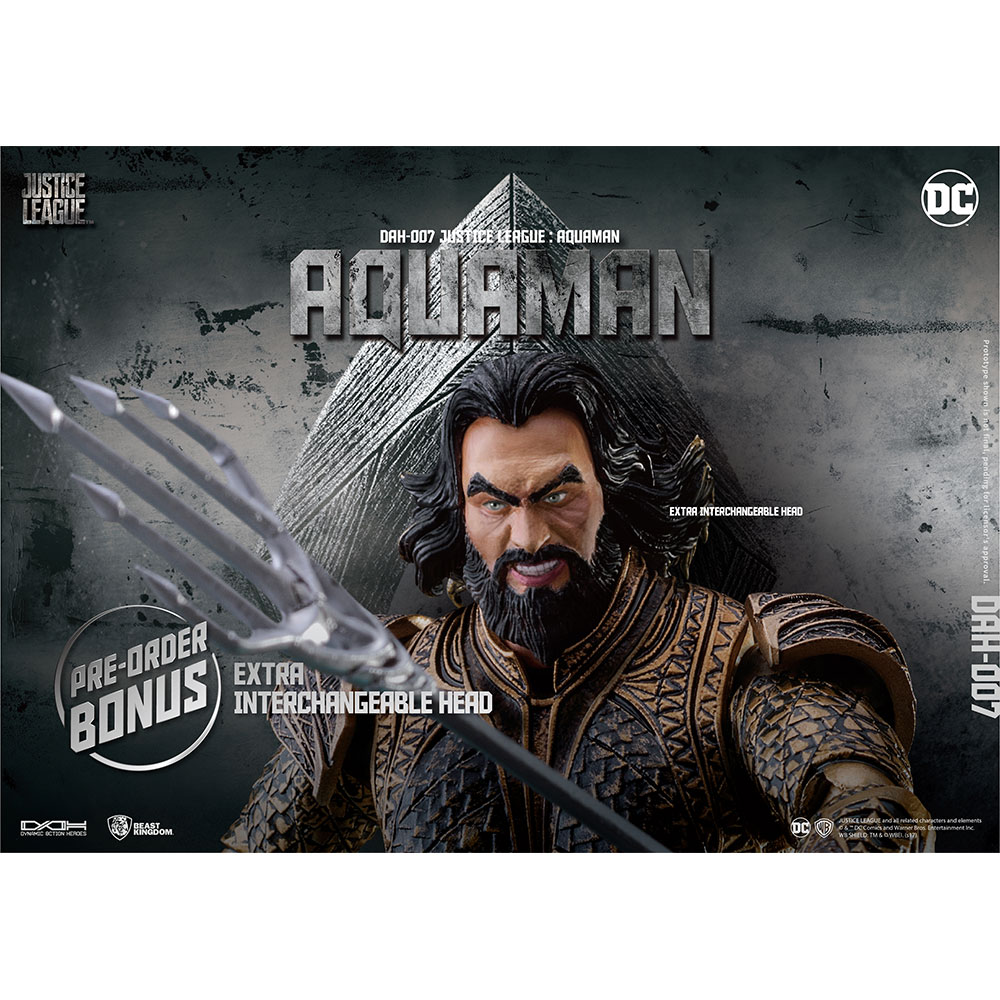 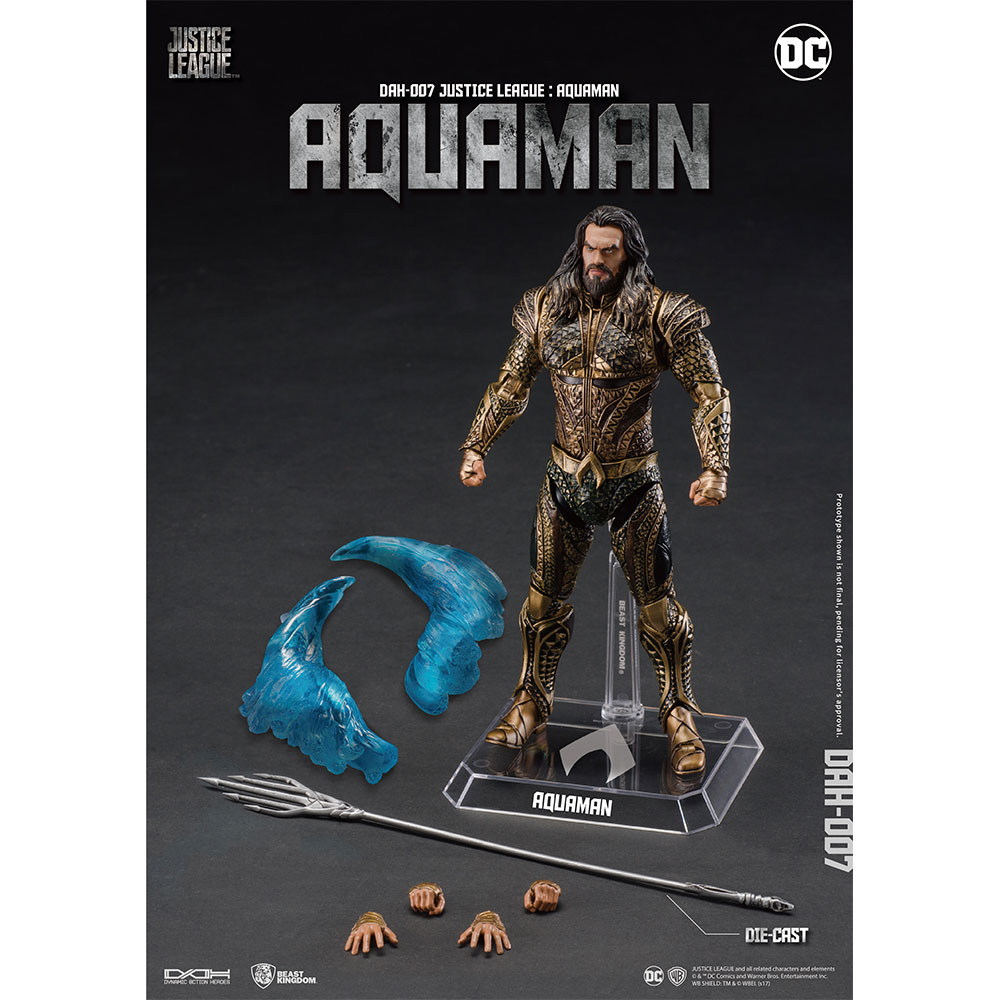 - Superhero figurines come in 1/9 ratio from the DC Extended Universe movie characters
- 30-plus maneuverable joints allow for easy re-presentation of all classic movements
- The life-like head sculpture and exquisite design brings character details to life
- One (1) pair of wave special effect components
- One (1) alloy Poseidon Trident
- Three (3) pairs of interchangeable hands
- Exclusive figurine stand
- Pre-order special: roaring head sculpture
Soon to be launched in November, the superhero blockbuster, Justice League, features Jason Momoa as the male lead, Arthur Curry the Aquaman, who is invited by Batman to join the Justice League to combat unforeseen enemies and to safeguard the ocean and the humans.
Beast Kingdom launched its latest product line, the DAH series in 2017. Following the great reception for Batman v Superman: Dawn of Justice (BVS), Beast Kingdom has released the latest Justice League series of characters under DC comics. First, to grace the stage is the Aquaman, one with the power to control the ocean and marine biology.
Beast Kingdom has maintained the characteristics of the DAH series to produce high-completion, high-stimulation, high-maneuverability superhero figurines based on official references and 3D scanning images of the actors; Beast Kingdom then re-creates the metal armor covered with fish-scaled patterns according to the character set-up in the story. Lastly, figurines are given a professional, elaborate, manual coating for precise representation of their facial expressions down to the design.
It comes with 30 plus maneuverable joints and several pairs of replaceable palms for easy completion of classic movements as seen in the story. The attached exclusive alloy Poseidon Trident with wave special effects is able to re-create the scene of Aquamanâ€™s naval battles