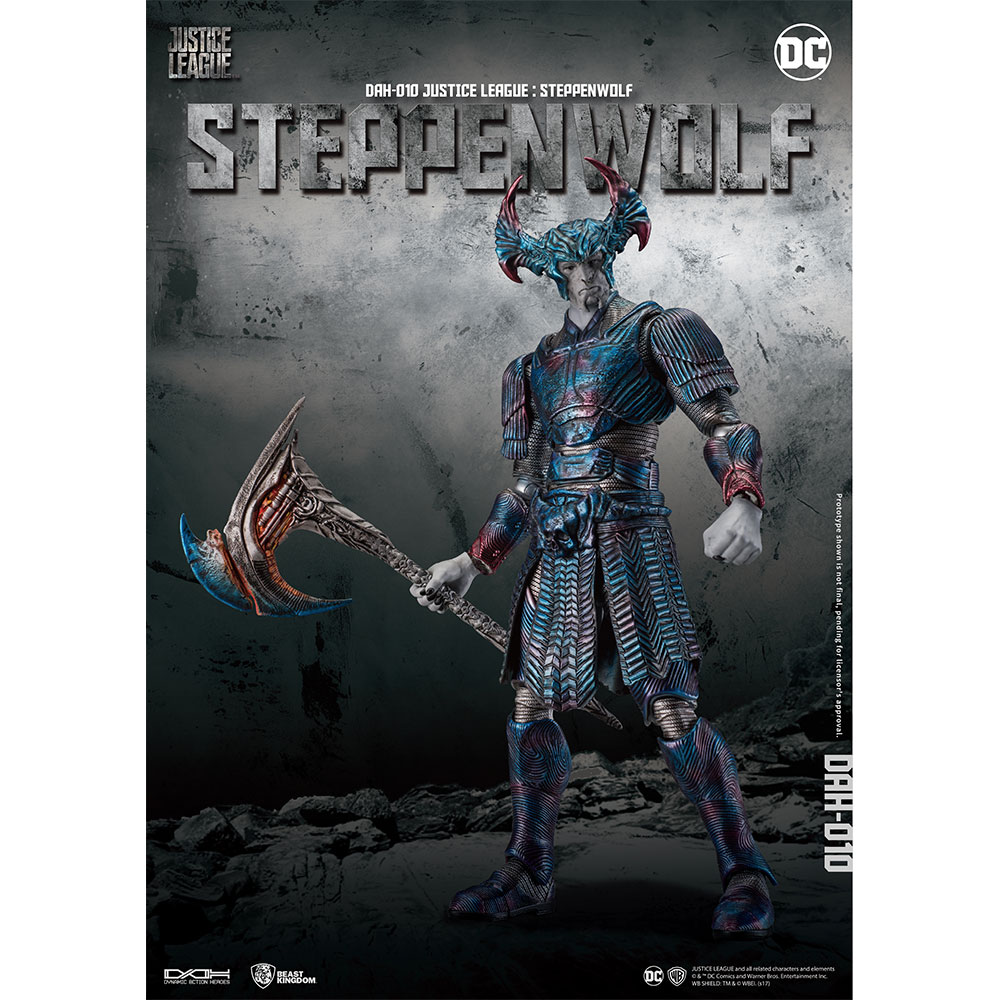 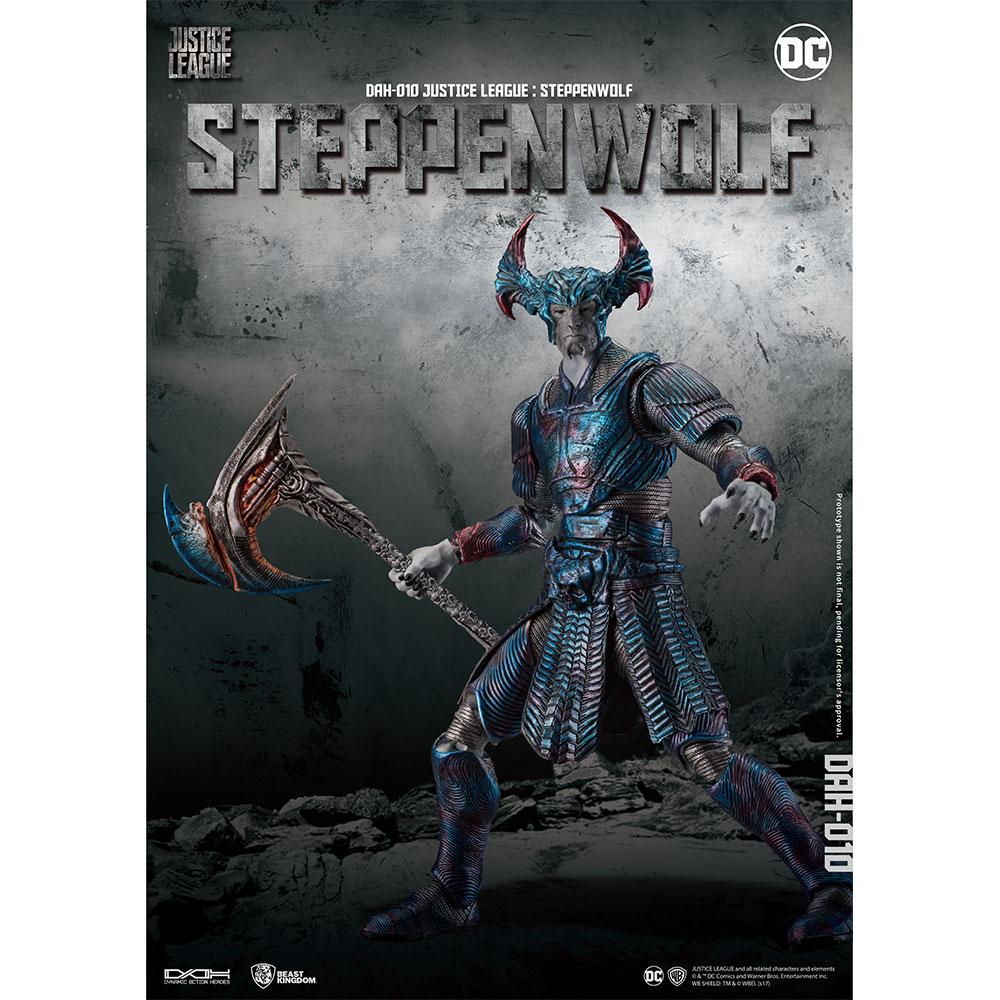 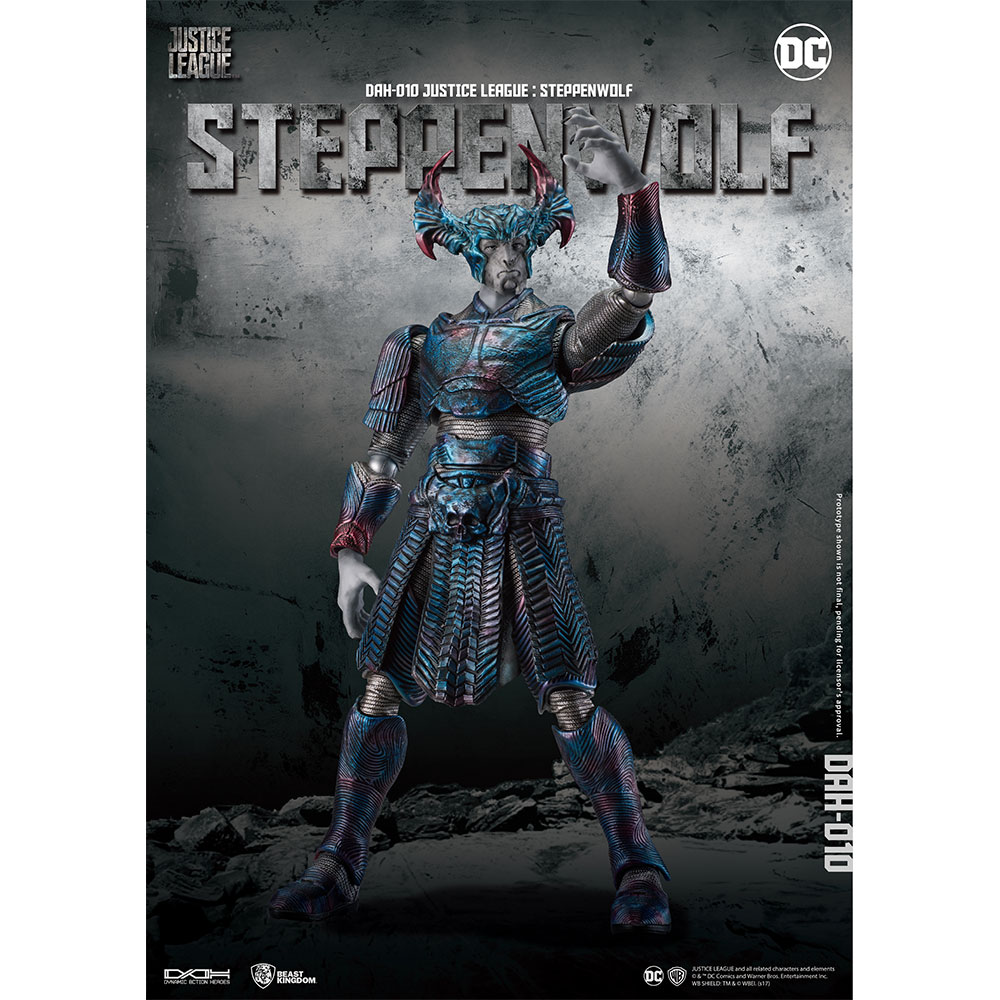 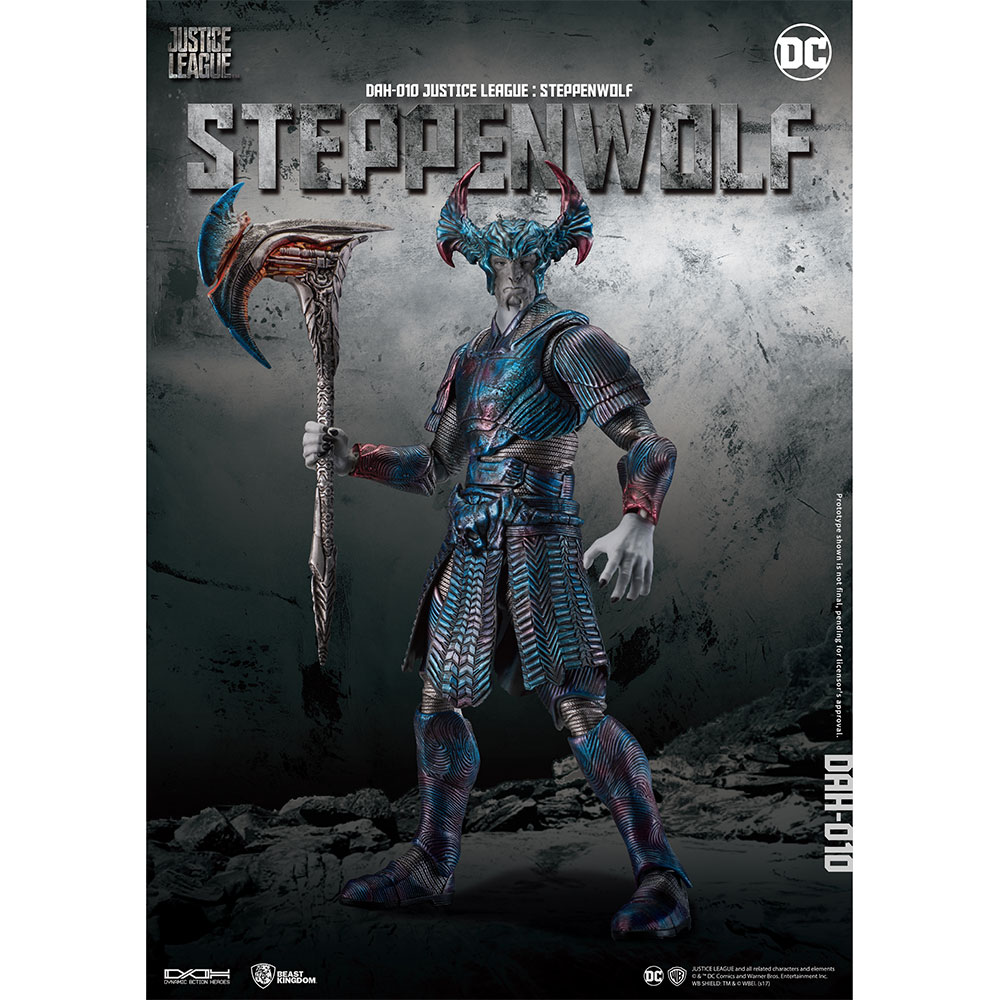 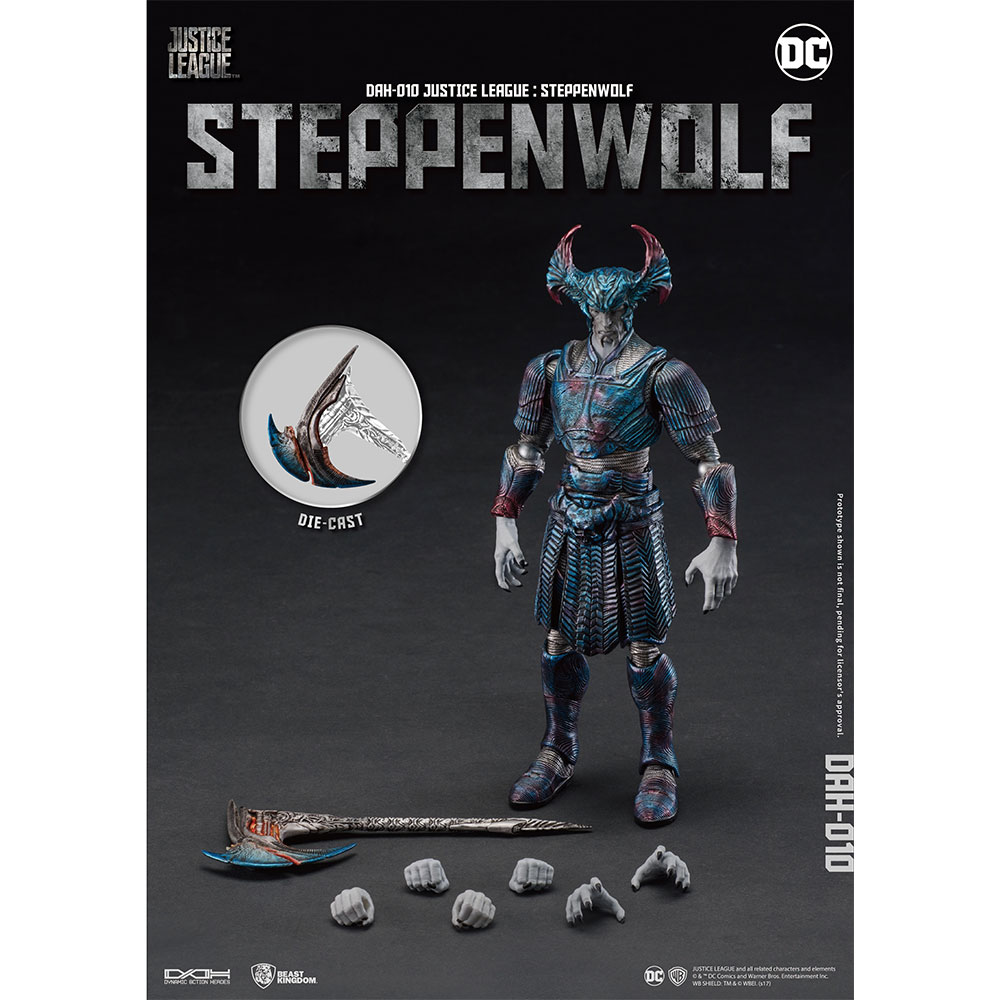 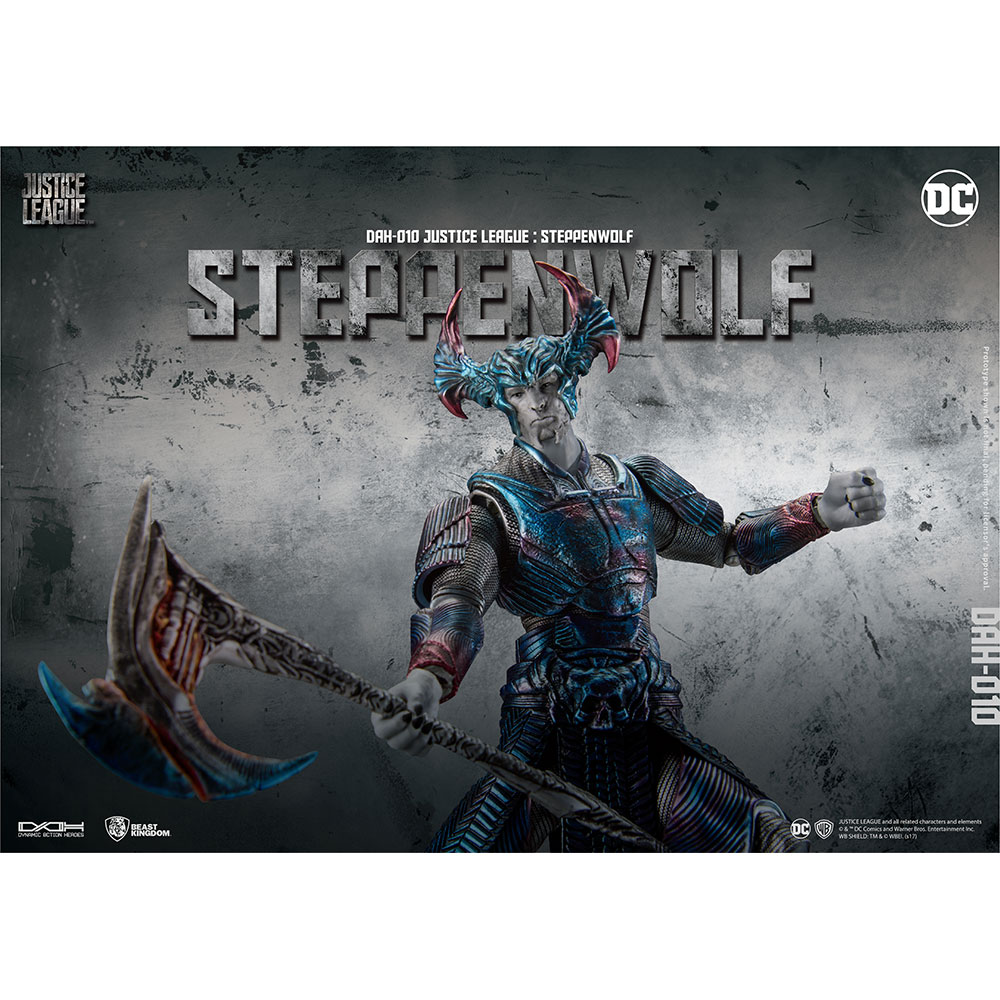 Soon to be launched in November, the superhero blockbuster, Justice League, features Ciaran Hinds as Steppenwolf, a supervillain who, upon receiving a message from the Earth, came to invade the Earth and snatch the three mysterious objects: Mother Boxes.

The Beast Kingdom in 2017 launched their latest product line, the DAH series. Following the great reception for Batman v Superman: Dawn of Justice (BVS), the Beast Kingdom has released the Justice League series character under the latest DC comics: Steppenwolf. To maintain the features of the DAH series, we focus on producing highly maneuverable character figurines with nearly 100% representation of life-like facial features of the actor. Based on the official references and scanned 3D images of the actors, aided with professional manual coating, the character is thus perfectly depicted as the well-weathered yet still immensely ambitious ultimate antagonist. Special paint coating is applied to present the various metal radiance in the armor as refracted by light. The figurine measures up to 22cm in height, with 20 moveable articulations all over. Attached are the weapon, electro-axe and hands of various shapes for any of the domineering and masculine postures exclusive to Steppenwolf.