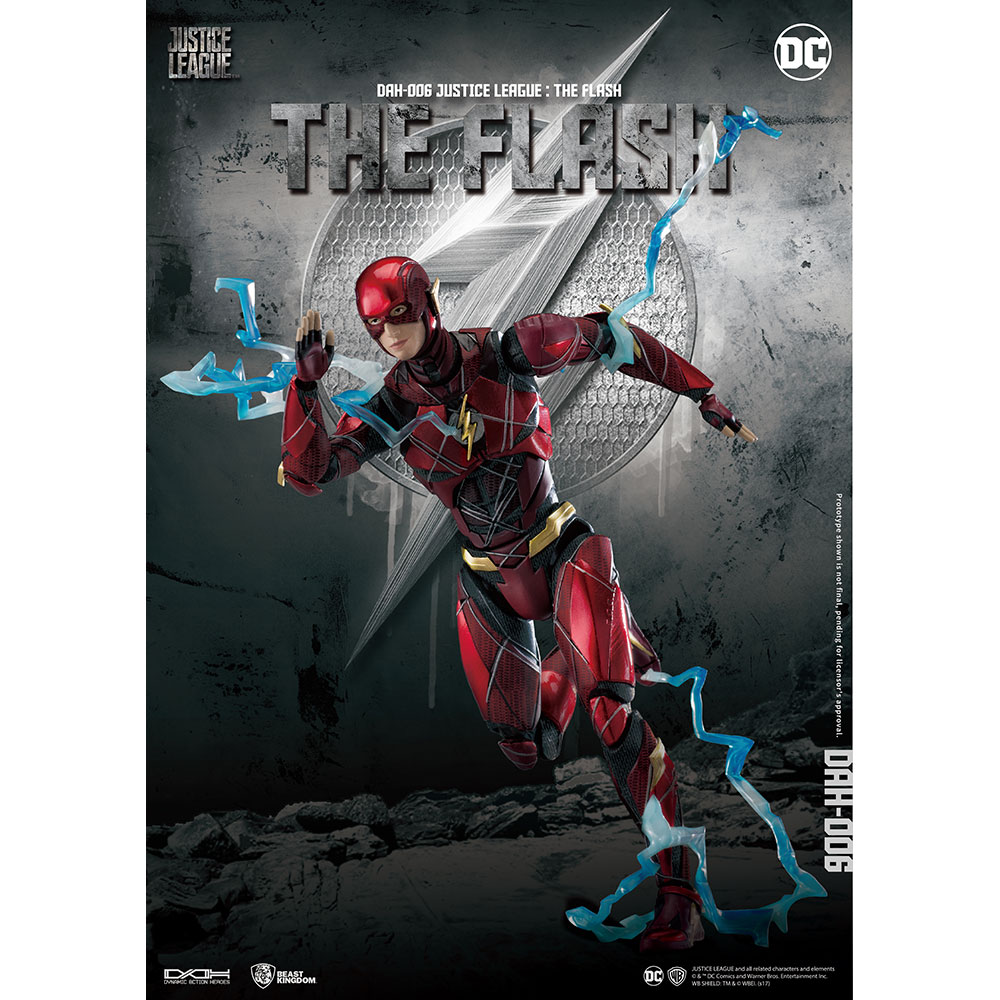 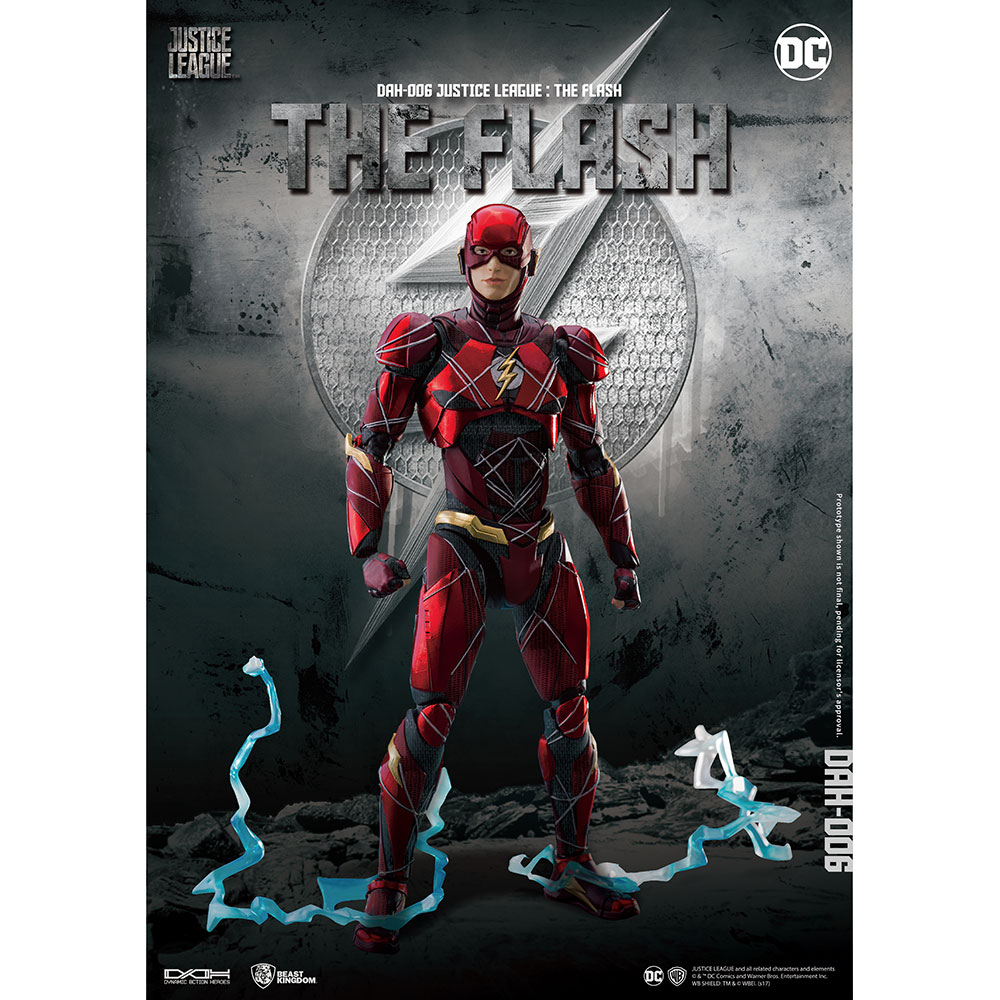 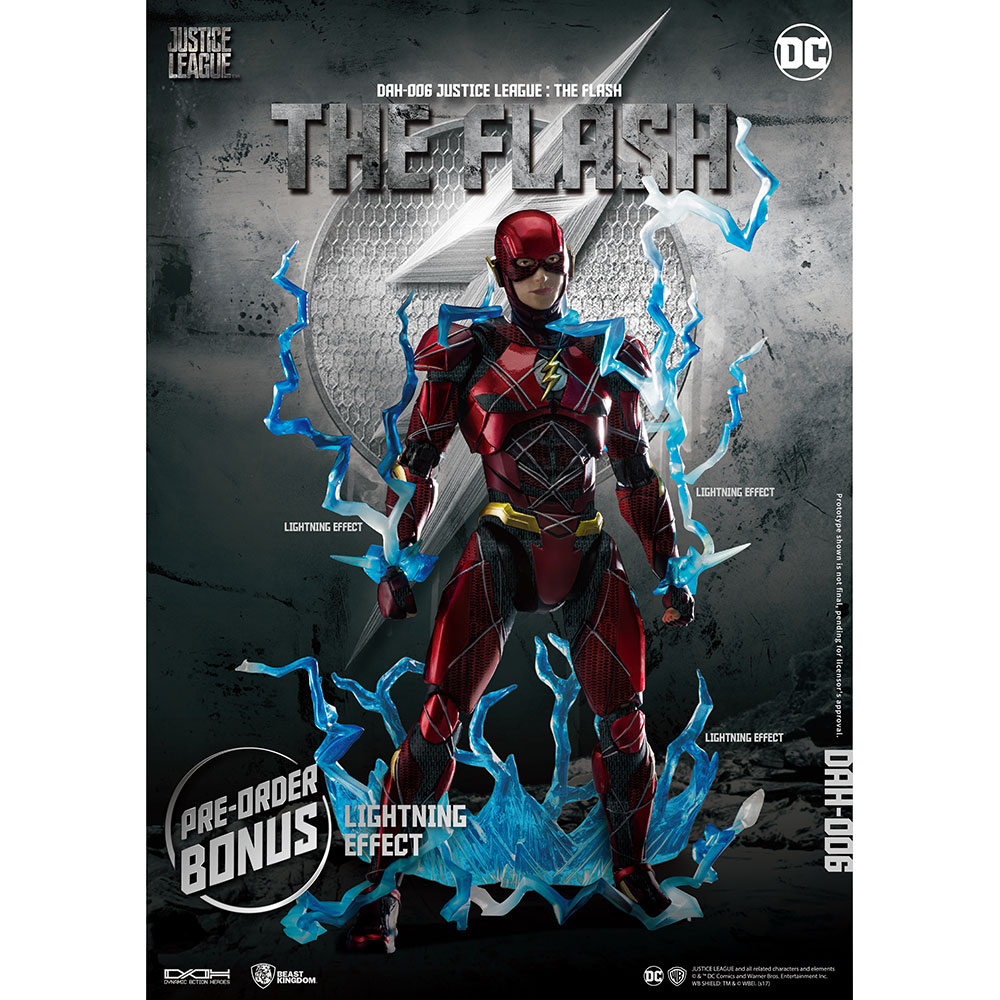 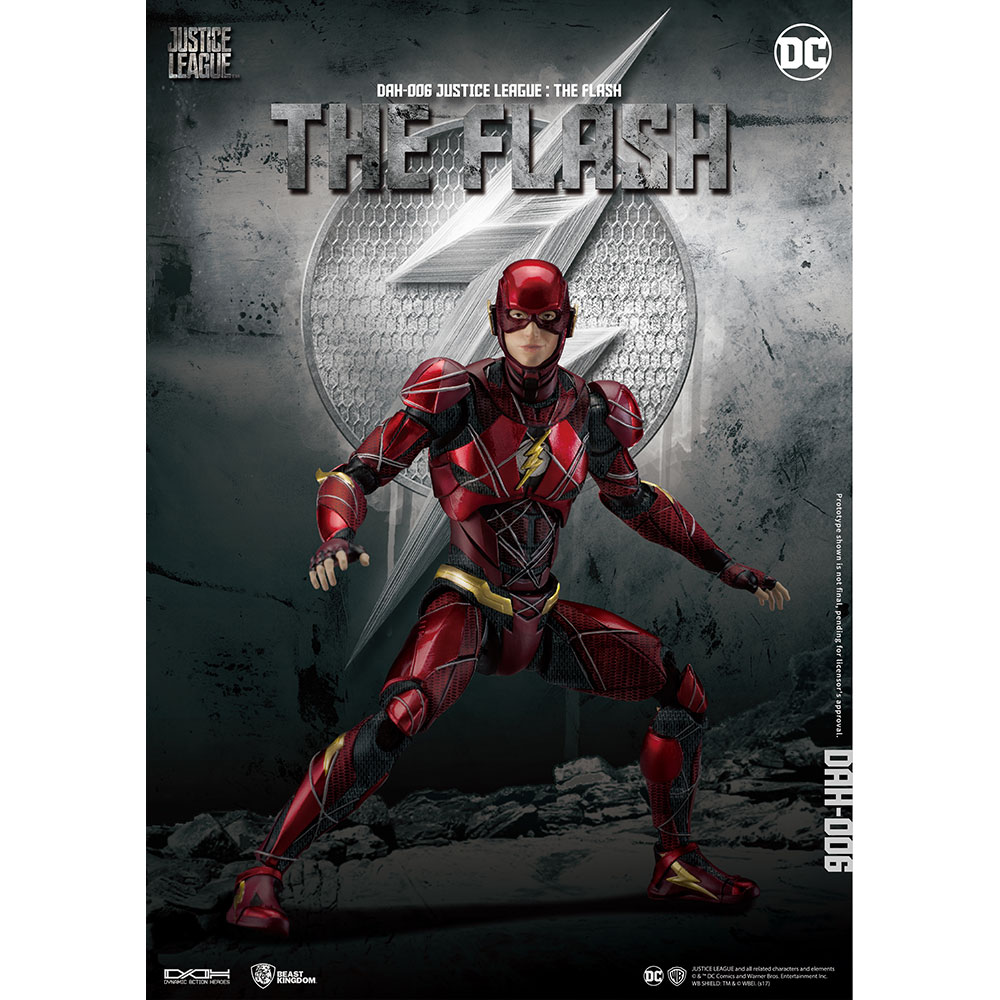 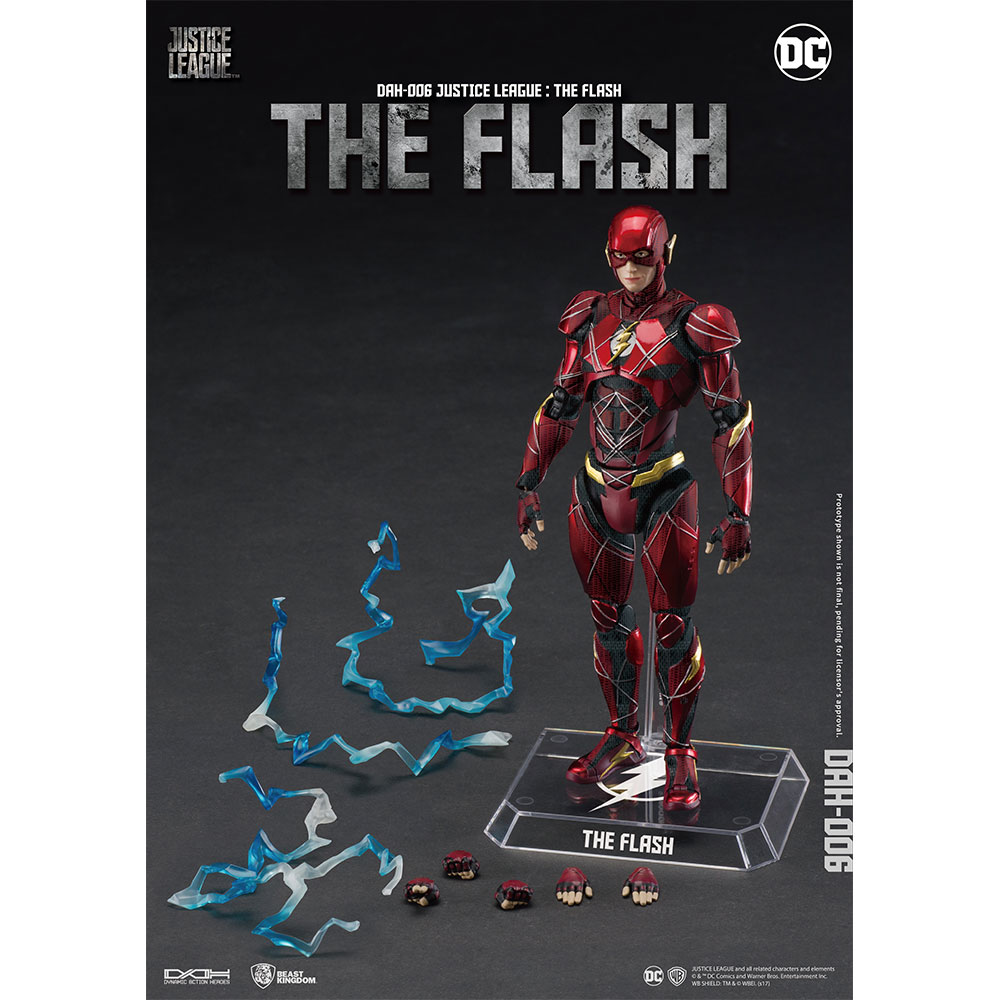 Soon to be launched in November, the superhero blockbuster, Justice League, features Ezra Miller as Barry Allen the Flash, who is endowed with quick-as-flash superpower, and invited by Batman to join the Justice League to combat unforeseen enemies.

Beast Kingdom has launched their latest product line, the DAH series in 2017. Following the great reception for Batman v Superman: Dawn of Justice (BVS), Beast Kingdom has released the Justice League series of characters under the latest DC comics. As the movie shows the latest edition of the Flash design, Beast Kingdom maintains the features of the DAH series focusing on producing highly maneuverable character figurines with nearly 100% life-like facial features. Based on the official references and scanned 3D images of the actors, and aided with professional manual coating, the head sculpture of Flash played by Ezra Miller is thus represented with precision, and the costume patterns and colors have all been fully reproduced according to the story.

The figurine comes with 30 plus maneuverable joints, Flash special effects components and replaceable palms for freestyle assembly to fit into the main body and for full representation of various classic postures or high-speed motion as seen in the movie.